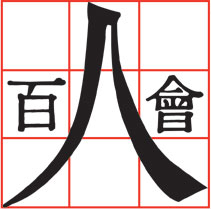 Committee of 100 member Nelson Dong will discuss the complex U.S. legal environment, historical context, and geo-political background surrounding these cases, and explore some of the more notable cases that have been brought by the government against Chinese American scientists and government employees.

Special guests Sherry Chen and Dr. Xiaoxing Xi will share their experiences as Chinese American scientists who suffered professional, emotional and financial harm when they were accused of and arrested for espionage, only to have all charges subsequently dropped without explanation or apology.