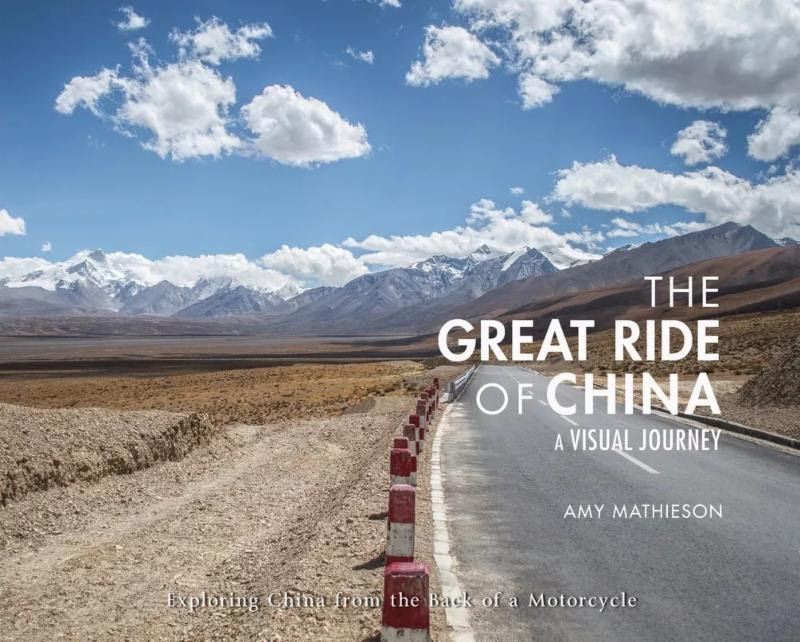 One couple’s two-wheeled adventure around the Middle Kingdom

Come to the Bookworm this Friday, April 20th to hear Buck and Amy talk about their Guinness World Record breaking trip and share some excerpts from the book and coffee table book they wrote about their experiences.

In 2013, Buck Perley and Amy Mathieson decided to quit their jobs in Beijing and set out on the adventure of a lifetime, a 34,000km, 146 day motorcycle trip through 33 of China’s provinces. The couple would experience so much of what this incredible country has to offer, not just iconic sights such as the Terracotta Warriors in Xi’an, the largest stone Buddha in the world at Leshan, or Mount Everest Base Camp in Tibet, but also challenges like flooding on the grass plains of Inner Mongolia or chance encounters at a funeral feast in Ningxia.

Buck and Amy met in Beijing in the summer of 2010, where they lived for most of the next 6 years. Today they are married and living in the Bay Area of Northern California where Buck works as a software engineer at a cryptocurrency company and Amy is an architect and interior designer. In 2017, Buck published a memoir about their experience traveling around China and in 2018, Amy published a book with over 180 high-definition photos and several essays sharing her experiences of the trip, both books under the title “The Great Ride of China”.
You can read more about their adventure on their website www.thegreatrideofchina.comand for more about the books at book.thegreatrideofchina.com
Book a seat at: https://yoopay.cn/event/59943954
General Public – 50 RMB
Bookworm Members – 40 RMB
(includes a welcome drink)